New Jersey takes domestic violence accusations very seriously. Many times there is more than one simultaneous court proceeding occurring at the same time. The first could be a criminal complaint, the second could be a civil proceeding for a Restraining Order that is based on the criminal complaint and the third can be a Division of Child Protection & Permanency (DCP&P) matter if the allegation is claimed to have occurred in front of children. Therefore, facing all the charges simultaneously with a united theory is important to the ultimate success of your case. Many times, because the restraining order is civil and the DCP&P matter is civil, the accused will place less importance on those matters, but they are all equally serious and could affect your life and your family’s life. If you are facing charges for domestic violence, please do not hesitate to speak with an aggressive Bergen County criminal defense lawyer at once.

In the state of New Jersey, domestic violence is defined as an act of violence that occurs between spouses, romantic or dating partners, or household relationships, such as between a parent and an adult child. Domestic violence can occur between any race, gender, or sexual orientation, and can come in several forms, including physical, emotional, or sexual abuse.

When Police Are Notified of Domestic Violence

The Prevention of Domestic Violence Act protects alleged victims from future abuse. A single allegation of Domestic Violence can result in several court proceedings both criminally and civilly. Civil relief gives the alleged victim the right to request a temporary restraining order against their alleged abuser, which prevents the alleged abuser from coming into contact with the victim and her family. Once a TRO is issued, the parties will attend a final restraining order hearing to determine whether the restraining order should be made permanent.

The Division of Child Protection & Permanency (DCP&P) can also investigate the allegation to safeguard children who are alleged to have been present when the abuse occurred which could affect the accused’s parental rights to see and interact with their child.

Criminally, the police can charge an individual with the underlying act of domestic violence (e.g. assault, harassment) and if they don’t, the alleged victim can file a citizen complaint against the accused requiring the accused to go before a criminal judge.

In the Criminal courts, if you are convicted of an act of domestic violence, depending on the actual crime charged and the history of abuse alleged, you will face jail time, high fines, and more. In the Civil courts, if you are found to have committed an act of domestic violence and the victim can demonstrate a need for a restraining order, such as fear of the accused, a Restraining Order will be issued. If the accused violates a temporary restraining order or a permanent restraining order, you will be charged with the crime of contempt and will face criminal penalties.

In short, a domestic violence conviction can turn a person’s life upside-down, and if you are accused of domestic violence, the time to act is now. Contact the Law Office of Boyd & Squitieri to schedule your initial consultation with our legal team today. We are here to protect you and ensure your voice is heard. 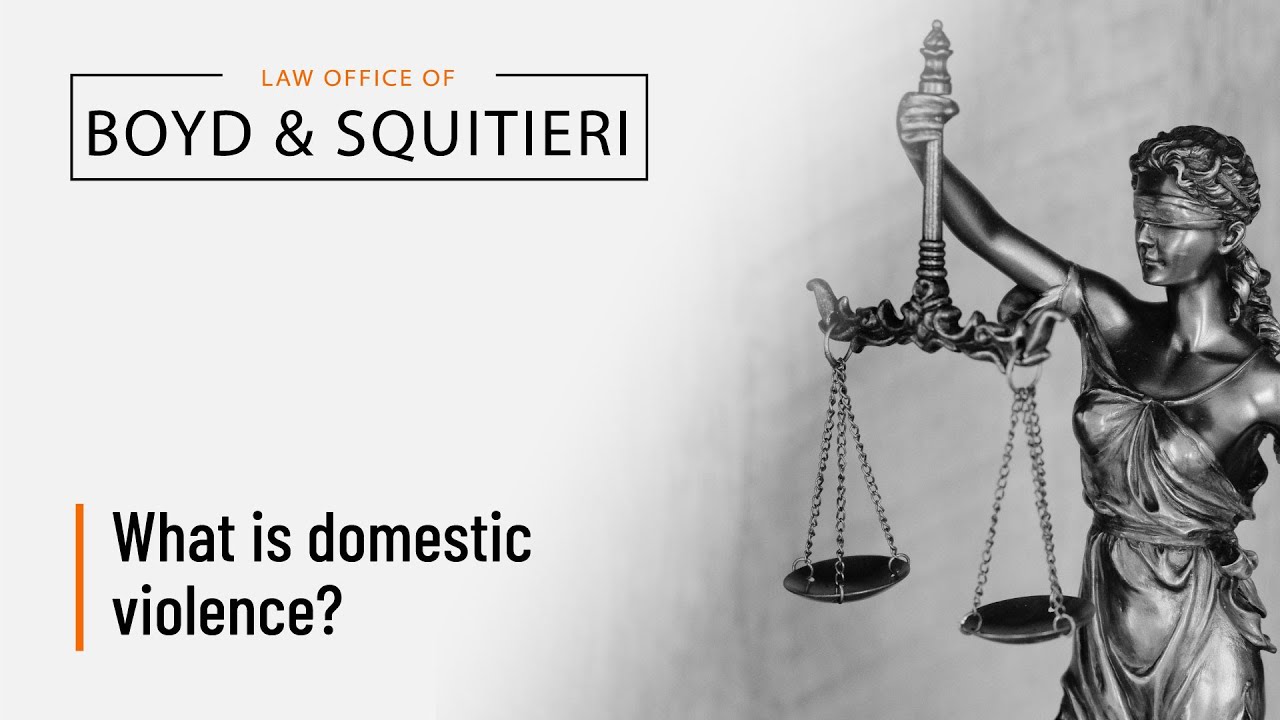