Sex crimes are viewed by society as among the worst crimes a person can be accused of, and courts will seek to punish those accused accordingly. That is why anyone facing sex crime charges needs an aggressive New Jersey sex crimes attorney on their side who can combat their charges, every step of the way. Contact the Law Office of Boyd & Squitieri today to learn more about these charges and how we can help you fight them.

Here at the Law Office of Boyd & Squitieri, we believe that everyone is entitled to a strong legal defense and the demand for a proper investigation. Many people are wrongfully accused of sex crimes every single day, and our goal is to ensure anyone accused of such a crime has his rights protected. You can depend on a knowledgeable Bergen County criminal defense lawyer right here at our firm to fight for your rights from start to finish.

The Law Office of Boyd & Squitieri handles a wide array of sex crimes throughout the state of New Jersey. Just some of the sex crimes that our firm handles and has handled in the past are as follows:

As you can imagine, the penalties for any sort of sex crime in the state of New Jersey are severe. Just some of the penalties you may face are time in jail or prison, high fines, you may be placed on permanent probation even after you are released from jail/prison, and you will most likely become a registered sex offender.

Megan’s Law requires all those who’ve been convicted of certain sex offenses to become part of the sex offender registry. This means that in most cases, the general public, including your neighbors and employers, will know who you are, what you’ve done, and where you live. You do not need us to explain how significantly this can affect your life.

If you are on Megan’s Law and you have been accused of violating Megan’s Law, there is nothing more important than hiring an experienced New Jersey Megan’s Law attorney as soon as you possibly can. A conviction could result in you never being able to terminate Megan’s Law.

We are here to fight to keep you from trying to keep you off the sex offender registry list, and if you are already on it, we can fight to have your name removed.

The bottom line is that if you’ve been charged with a sex crime, you need competent legal representation, and fast. You cannot afford to hire just any attorney; you need an aggressive, understanding, and experienced New Jersey sex crimes attorney from the Law Office of Boyd & Squitieri to effectively represent you through every step of the legal process ahead. We represent clients throughout the state of New Jersey, including in Passiac County, Sussex County, Morris County, Bergen County, Essex County, Hudson County, Warren County, Somerset County, Hunterdon County, and Middlesex County. Contact our firm today to schedule your initial consultation. 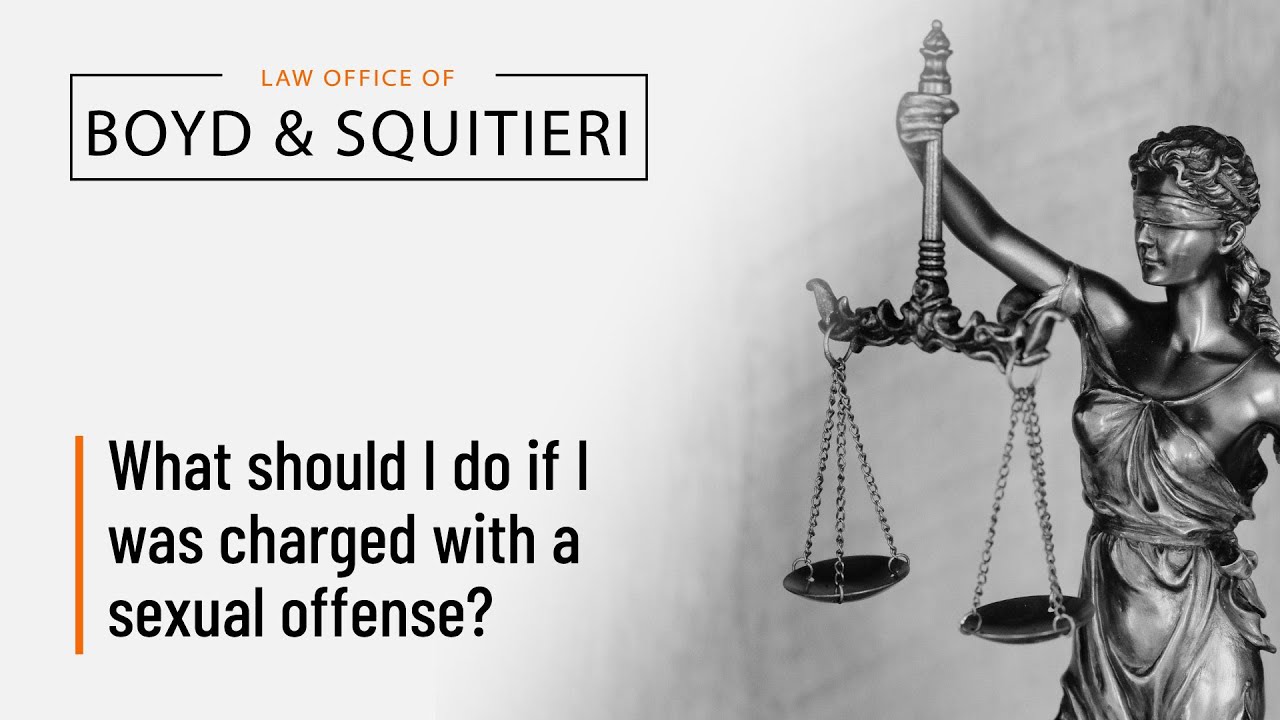